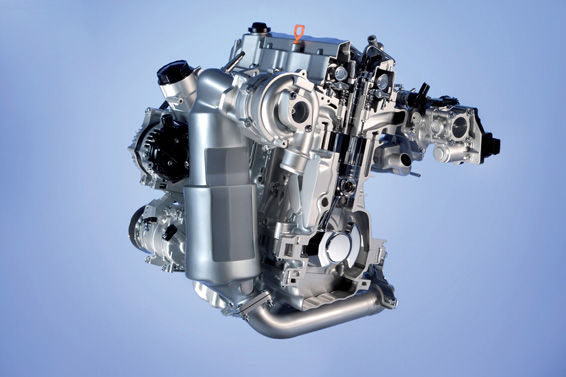 Honda's development programme for the i-DTEC engine - which uses world-first technology to reduce emissions to a level equal to that of a petrol engine - continues to motor ahead.

Phase one of the programme - compliance with forthcoming Euro 5 legislation - has already been achieved. The engine, which will make its debut appearance in the new Accord range, is shown on the stand at Frankfurt.

Using a combination of the latest injection technology, more efficient exhaust gas recirculation and a diesel particulate filter, the 2.2-litre engine well exceeds the Euro 5 requirements, and achieving this has not compromised engine performance. Both power and torque levels have been increased and fuel economy has been improved compared to the current 140 PS engine.