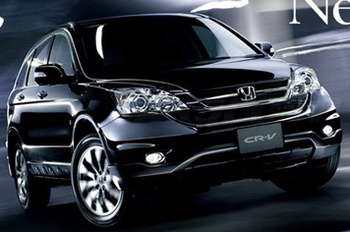 This is the first picture of the facelifted Honda CR-V, which will go on sale in Europe next year.

The picture was leaked on to the internet by a Japanese Honda website, which also revealed the car will be unveiled on 17 September.

Although this date co-incides with the Frankfurt Motor Show, the car will not be unveiled there as Honda is not taking a stand at the event.

Changes from the current car's front end appear to be modest, but include a redesigned front grille, fog light housings and bumper.

No other details have been released.