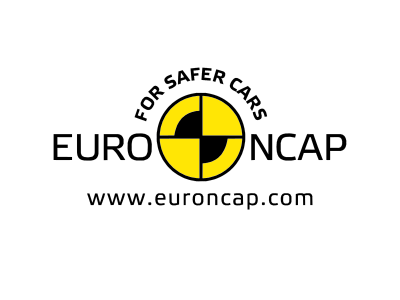 Honda has announced that it has been presented with one of the first Euro NCAP Advanced rewards at Paris Motor Show. Honda's CMBS technology has been recognised as amongst the best safety innovations, offering research proven benefits, by Euro NCAP.

Euro NCAP Advanced is a Euro NCAP initiative in response to the rapid development of new safety technologies available when buying cars for which there is no independent assessment. Euro NCAP Advanced is open to any technical system that has a demonstrable safety benefit, whether it is primary, secondary or tertiary, as long as it is available as an option on one of the Euro NCAP tested cars and not already addressed by the current star rating.

Honda has been recognised for Collision Mitigation Brake System (CMBS), a radar-based autonomous emergency braking system. CMBS is a system designed to help prevent collisions with vehicles which are stationary or travelling in the same direction. The system is aimed at alerting the driver to an imminent collision both at low speeds, typical of urban driving, and at higher speeds typical of rural roads and motorways. By studying accident statistics in Germany and extending the figures to the broader European community, Honda estimates that, if all cars were fitted with CMBS, between 200,000 and 250,000 accidents could be either prevented or mitigated every year.

Detailed information about the 2010 rewarded technologies, their safety benefits and the related cars is now available on Euro NCAP's website.

Honda's Collision Mitigation Brake System (CMBS) is a radar-based autonomous emergency braking system. At speeds above 15km/h, moving and stationary vehicles are detected along a path some 100m ahead of the vehicle. When the system senses that the car is likely to hit one of these obstacles, a three stage process is initiated. In the first, typically around 3 seconds before impact, the driver is alerted by visual and audible warnings. In the second stage, when the system senses that a collision is still likely (typically some 2 seconds before impact), three sharp tugs are given on the seat belt and the car automatically starts to apply some braking. Finally, when a collision is unavoidable, CMBS tightens the front seat occupants seatbelts (using reversible tensioners different from the pyrotechnic devices used during the collision itself) and applies a high level of braking force. This braking can be supplemented by the driver up to the maximum that the car is capable of.

All of the actions taken by CMBS are reversible: if an accident is averted (for example, if the vehicle moves out of the way at the last moment), the tension is removed from the seatbelts and the visual and audible warnings stop.

What is the safety benefit?

CMBS is a system designed to help prevent collisions with vehicles which are stationary or travelling in the same direction. Several studies have shown that driver distraction or inattentiveness is a factor in the great majority of accidents. The system is aimed at alerting the driver to an imminent collision both at low speeds, typical of urban driving, and at higher speeds typical of rural roads and motorways. In such accidents, the most common sorts of injuries are to the cervical spine, the soft tissue of the thorax and to the knees. By studying accident statistics in Germany and extending the figures to the broader European community, Honda estimates that, if all cars were fitted with CMBS, between 200,000 and 250,000 accidents could be either prevented or mitigated every year.

How was CMBS assessed?

Two main types of track tests were done by Honda to establish the effectiveness of CMBS, both of them simulations of typical real world situations. To establish proper functionality of the system, a test driver drove towards targets, both moving and stationary, to determine whether or not the system reacted as intended: audible and visual warnings issued at the times needed, haptic warning by the seatbelt, followed by emergency braking. To determine the driver response to these warnings, volunteers were deliberately distracted while following a dummy vehicle which suddenly braked. The volunteers were not aware that this dummy vehicle could be safely pulled out of harm's way before a collision occurred. Volunteers could be used only once each in order to ensure that they did not anticipate the critical situation. By combining the results of the functionality and efficacy tests, Honda was able to ensure and estimate the effectiveness of the system in real-life situations.

CMBS is a standard feature on the Honda Legend in most European countries. For Honda CR-V and Honda Accord, the system is available for high graded vehicles as option only. The availability of optional equipment may vary from country to country. In some countries, CMBS may be available only when combined with other options as part of a package, and may not be offered on all variants. You should check with your local Honda dealer to see if CMBS is available to you.

The current rating scheme, introduced in February 2009, uses a weighted score, combining many aspects of a car's safety performance: adult (50%), child (20%) and pedestrian (20%) protection assessment results with the availability of safety assistance devices (10%). To qualify for inclusion, safety assistance devices (VSA for Honda) must be fitted as standard across 90% of the EU 27 2010 model range.

Since the introduction of the new rating scheme Euro NCAP have tested 5 Honda models; Civic, Accord, Jazz, Insight and most recently CR-Z . All 5 models achieved 5 stars, with the Honda Insight also being named 'safest hybrid vehicle' as well as the 2nd safest vehicle tested in 2009.

Euro NCAP provides motoring consumers with a realistic and independent assessment of the safety performance of some of the most popular cars sold in Europe.

Established in 1997 and now backed by seven European Governments, the European Commission and motoring and consumer organizations in every EU country, Euro NCAP has rapidly become a catalyst for encouraging significant safety improvements to new car design.