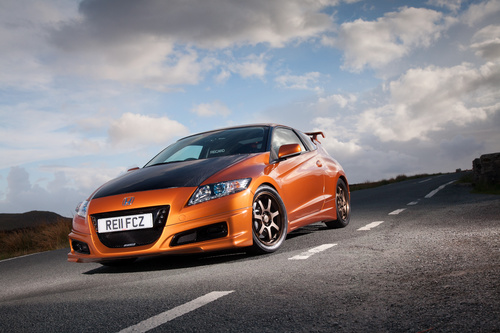 Honda (UK) and MUGEN Euro have revealed the first official photographs of the CR-Z MUGEN - the higher-performance hybrid coupe.

Development of the supercharged Honda CR-Z is on track, with performance figures already looking promising. Early tests with a prototype car based on a standard CR-Z and a mid-tune engine have given 0-60mph times around that of the Civic Type R.

After a further 15 per cent increase in power over this 'stage 1' engine and with over 50kg reduced from the chassis, overall performance is set to meet MUGEN's original targets. 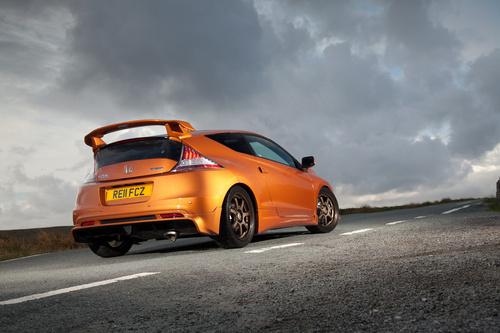 Early fuel consumption tests have also been encouraging, We've retained the three driving modes from the standard car and economy ranges from 50#mpg in 'eco' mode to mid-30 mpg when tapping into the supercharged power in a special 'MUGEN' mode.