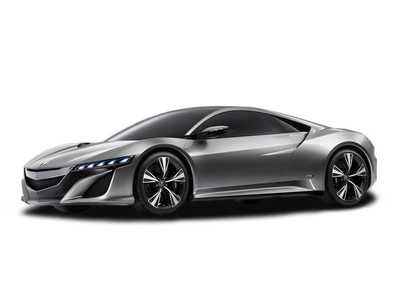 On 9 January 2012 Acura (a division of Honda operating in the US and Canada) announced at the North American International Auto Show in Detroit that an all-new NSX supercar will be manufactured in Ohio. In addition, the new sports car will be developed in the U.S., including the Ohio Center of Honda R&D Americas, Inc. (HRA).

Honda Motor Co., Ltd. President and CEO Takanobu Ito unveiled a concept version of the NSX today in Detroit. Although Acura is keeping most of the vehicle's details under wraps, the new NSX will employ a lightweight chassis, a mid-mounted V-6 engine and Acura's innovative new Sport Hybrid SH-AWD (Super Handling All Wheel Drive) system. Ito said the new supercar will come to market within three years.