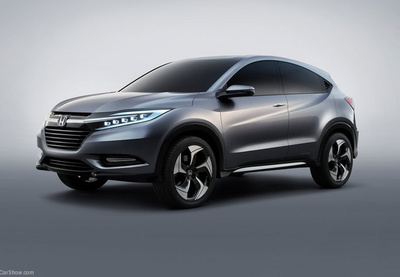 An all-new Honda Urban SUV Concept vehicle made its world debut at the 2013 North American International Auto Show (NAIAS) in Detroit. The dynamic and youthful concept hints at the styling direction of an all-new small SUV slated to launch in Japan by the end of 2013, followed by the rest of the world from 2014.

The all-new small SUV, based on the Urban SUV Concept, will feature fuel-efficient Earth Dreams Technology and be priced and positioned below the CR-V within the Honda lineup. The model will include Honda's configurable Magic Seats that can provide a host of passenger and cargo options, including a fold-flat mode for maximum cargo capacity. The all-new model will also feature next-generation telematics and a modern interior.