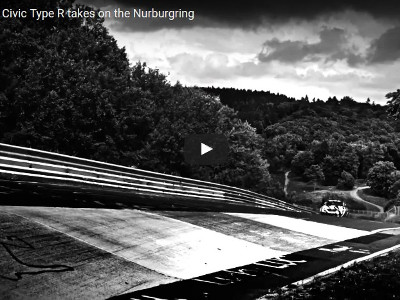 Honda has revealed that the hotly anticipated new Civic Type-R will be powered by a direct injection turbocharged 2-litre engine and will deliver at least 280 PS. The car has already been put through its paces by Honda's WTCC driver Gabriele Tarquini and a film demonstrating its storming performance and handling on the Nurburgring can be viewed at:

We have recently spent a week at the Nurburgring, carrying out extensive testing and we are on target, and have already set a time approaching the lap record.