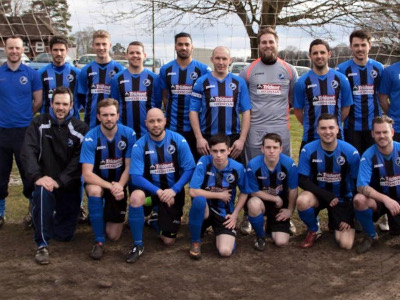 Trident Honda, who have sponsored Knaphill Athletic Football Club since they launched, have earlier this year once again supplied the team with a refreshed team kit.

We love supporting Knaphill Athletic, as they are such an enthusiastic voluntary organisation enabling over 20 teams to play football up at Waterers Park in Knaphill. Des Clark, First Team Manager, always supports the charity events in which Trident Honda is involved, recently sporting two teams in the Woking Swimathon and raising from memory over £700 for local causes!

Based at Waterers Park in Knaphill, Knaphill Athletic Football Club was formed in 2010 by the former committee and members of Surrey Athletic and Knaphill FC A & B Teams, to provide participation football at all levels throughout the intermediate and junior levels of adult football. In 2014, after much hard work off the pitch, the club were awarded FA Charter Standard Community Club status recognising our achievements in providing a safe and competitive football environment for local youths.