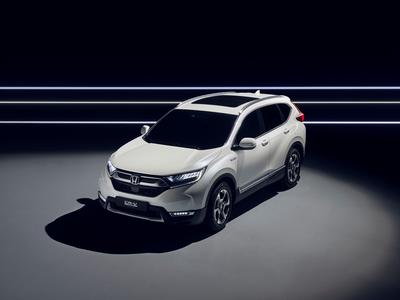 The new 2017 CR-V retains the familiar silhouette of the world's best-selling SUV, with an evolutionary design that is sophisticated and sporty. Wider, taller and longer than the previous version, the Hybrid Prototype of the new CR-V has fresh exterior styling, with a wider stance through the broader, muscular wheel arches.

The new SUV achieves a balance of elegance and athleticism, with thinner A-pillars that increase the shoulder volume of the car, but also a larger wheel and tyre combination. Sharper contours are present on the bonnet and rear quarters, and the nose incorporates the latest Honda family 'face' with its signature headlight graphic. 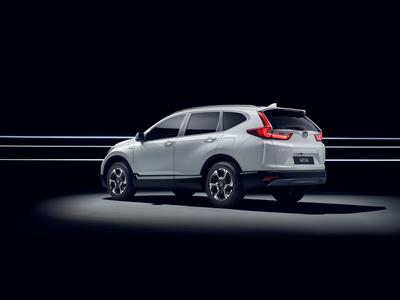 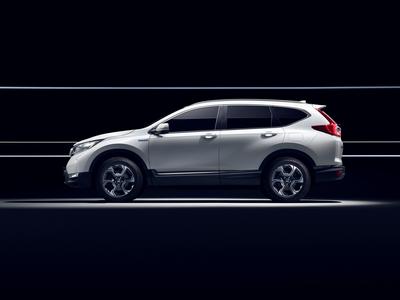 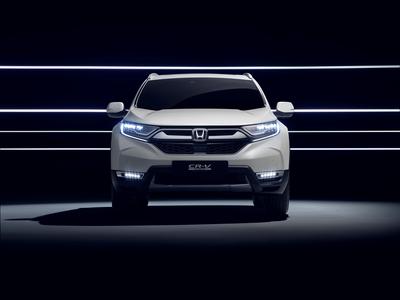 The two-motor i-MMD (Intelligent Multi-Mode Drive) system in the CR-V Hybrid Prototype comprises an electric propulsion motor, a 2.0-litre i-VTEC four-cylinder Atkinson cycle petrol engine for electrical energy generation and propulsion, and a separate electric generator motor. The hybrid system does not need a conventional transmission, fitted instead with a single fixed-gear ratio that creates a direct connection between moving components, enabling a smooth transfer of torque within the system.

The i-MMD system determines how to use fuel and electrical energy in the most efficient way, meaning there is no requirement on the driver to adjust between the three driving modes; EV Drive, Hybrid Drive and Engine Drive.

In most urban driving situations, the vehicle will move between Hybrid Drive and EV Drive for optimum efficiency. Engine Drive is engaged as needed for brisk acceleration and for efficient highway driving.

The 2019 CR-V will also be specified with Honda's 1.5 litre VTEC TURBO petrol engine, with a choice of either 6-speed manual or continuously variable 'CVT' transmission. All-new CR-V will not feature a diesel powertrain in European markets.

More details about the all-new Honda CR-V for Europe will be confirmed when the production specification vehicle is unveiled early next year. The new SUV will be officially launched in European markets in 2018.