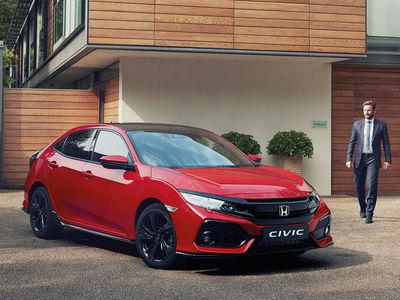 Once again the Honda Civic has been awarded a coveted 5 star safety rating by Euro NCAP, following their introduction of a revised side curtain airbag.

The autonomous emergency braking system performed well in the tests of its functionality at highways speeds, with collisions avoided or mitigated at all test speeds. The Civic has a seatbelt reminder system for the front and rear seats. Also standard is an intelligent speed limiter. This indicates the local speed limit to the driver, who can then choose to set the limiter appropriately. A lane keep assistance system alerts the driver when the car is drifting out of lane and gently steers the car away from the lane marking.

This 5 star award is much more than just a safety rating, it is proof of the vital importance that Honda places on safety. We would like to congratulate the designers and engineers at Honda for this tremendous achievement.