Honda Scores a Brace at What Car? Awards 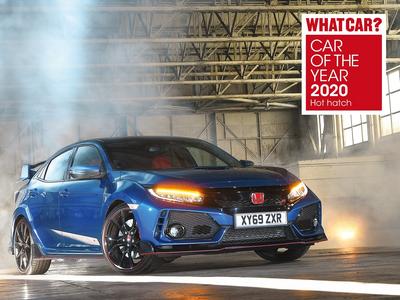 Honda UK has taken a brace of honours at the 2020 What Car? Car of the Year awards with the Civic Type R taking best hot hatch, for the third year in a row, and the CR-V hybrid taking the best hybrid over 30,000, for the second year in a row.

Held in association with Warranty Direct and widely acknowledged as the 'Oscars' of the car industry, the annual What Car? Car of the Year Awards are only given to the cars that set the highest standards in their class each year. These awards are highly important for both car makers and customers because of the authority and integrity of the What Car? brand.

The Civic Type R continues to dominate the hot hatch market three years on from launch, which is outstanding, and this award is testament to the engineering and development teams who created the car. To then add a price-point win for the CR-V hybrid, for the second year in a row; we have a great start to 2020 for Honda.

Few cars can be described as 'perennials' in our awards, but the Honda Civic Type R is getting to that stage. Over the past three years, the Type R has simply demolished all comers. It has remarkable traction for a powerful front-wheel-drive model, huge grip in corners and handling that feels as well-honed as a racing car. Yet it's also one of the roomiest, most comfortable and best-equipped hot hatches you can buy, so it's as easy to live with as it is fun.

The fact that the Honda CR-V has now spent two years as our favourite hybrid car costing more than £30,000 is a huge achievement, given how fast things are moving in this class. It offers precise steering, and good grip and refinement. What's more, its soft suspension makes for a compliant ride, and the CR-V is absolutely huge inside - a major selling point given that most large SUVs are used as family cars.