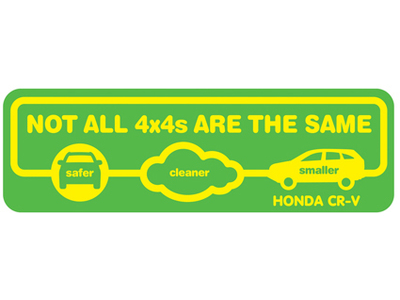 Continue Reading
Honda CR-V - not all 4x4's are the same