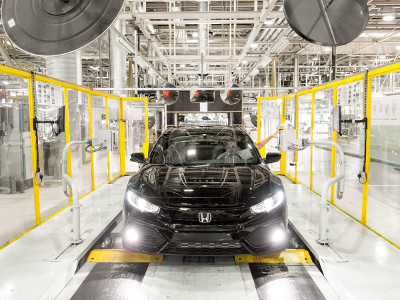 Honda of the UK Manufacturing (HUM) has today informed associates (employees) of the proposal to close its Swindon vehicle manufacturing plant, at the end of the current model's production life cycle, in 2021. The plant currently produces 150,000 cars per year, and employs circa 3,500 associates.

Honda today starts production of the new Civic as normal production resumes at its Swindon car plant, with the creation of 500 new jobs.

The UK's first open access hydrogen vehicle refuelling station has been officially opened at Honda's manufacturing facility in Swindon. Built and operated by industrial gases company BOC, a member of The Linde Group, the venture is the result of a partnership between Honda, BOC and economic development company Forward Swindon.

Based on the grounds of Honda of the UK Manufacturing in Swindon, the station aims to encourage the development of both hydrogen-powered vehicles - such as the Honda FCX Clarity fuel cell car - and the refuelling infrastructure to support them.

It is the intention of Honda of the UK Manufacturing Ltd (HUM) to return to their normal daily production plan during September. This follows the period of parts supply interruption and reduced production levels following the earthquake and tsunami in Japan. Associates and suppliers have all made tremendous efforts during this period to make this recovery possible.

The first British-built Honda jazz has rolled off the production line in Swindon.

European production of the Jazz has shifted from Japan to the UK as Honda aims to produce particular models in the continent where they are most popular. More than 70,000 Jazz cars are sold in Europe each year.

David Hodgetts, Director of Honda of the UK Manufacturing in Swindon, said: 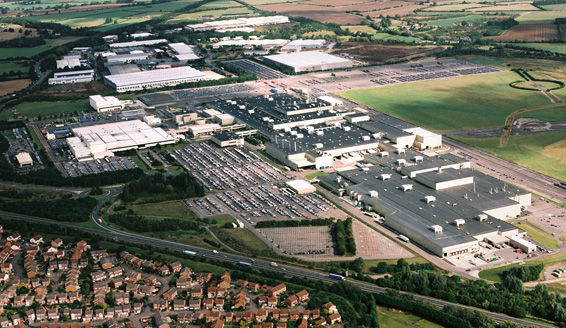 Honda's Swindon factory was on of the UK's biggest inward investment projects. Honda has invested almost £2 billion in the factory, which has helped transform the industrial base of Swindon as a whole. Swindon produced the one millionth Civic in November last year and has just produced its two millionth British Honda in February this year.

Continue Reading
One Million Civics produced at Honda in Swindon 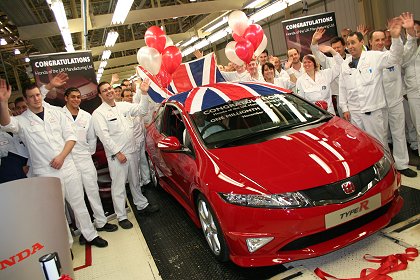