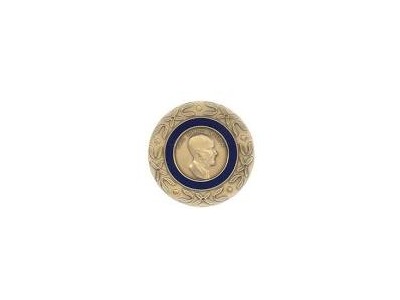 We are very proud that last night our Managing Director Richard Roberts was presented with the Paul Harris Fellowship Award, an award rarely given to someone outside of the Rotary organisation.

It was awarded for the many years of charity work and support given by Richard in his role both as Managing Director of Trident Garages and outside in his personal life. At the ceremony, attended by a number of Woking's charity organisations, Richard said:

I was delighted and humbled that The Rotary Club of Woking have honoured me with the award, when surrounded by so many people who give their time freely to so many great charities. Our ethos at Trident Honda has always been to give back whenever we can to the communities we operate in, we have also made a conscious effort to continue through the tough times, as charities have been hard hit by organisations cutting their charity support. And it was particularly poignant to accept the award in Trident Honda's 50th Anniversary year.

The Paul Harris Fellowship Award is the highest honour a Rotary club can bestow on a person, either inside or outside the club. The award therefore acknowledges Service Above Self which that individual has offered to their community.

Paul Percy Harris (April 19, 1868-January 27, 1947) was a Chicago, Illinois, attorney best known for founding Rotary International in 1905, a service organisation that currently has well over one million members worldwide.