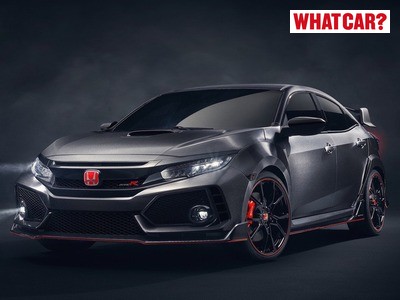 We're delighted to report that Honda's next-generation Civic Type R has won the coveted What Car? reader award and has been named as the most eagerly anticipated car launch of 2017.

Demonstrating its huge popularity, the Type R took almost half of the votes and clinched the top spot in the poll compiled by What Car? experts and voted for by the readers.

Held in association with Warranty Direct and widely acknowledged as the 'Oscars' of the car industry, the annual What Car? Car of the Year Awards are given only to the cars that set the highest standards in their class each year.

Kicking off the year with a win at the most prestigious automotive awards ceremony is a fantastic achievement; something which is even more rewarding as it was voted for by the readers.

That in itself has a deeper significance as it clearly demonstrates the connection, belief and trust we have with our customers. 2017 is going to be another big year for Honda in the UK as we not only launch the new Civic Type R but also the 10th generation Civic and celebrate 25 years of Type R.

The Type R's low-slung shape, large rear spoiler and triple exhausts have clearly captured the minds of What Car? readers, because this is the model they have voted as the most anticipated new car of 2017.

The Civic Type R will shake things up in the hot hatch market as Honda is sticking with front-wheel drive and aiming to set the new benchmark for this type of car.

Fabulous New Year news - and a big thank you to everyone who voted for the Type R!

For more information please visit our Honda Civic 2017 page. To arrange a test drive, please call our Sales Team on 01932 874411 or Contact Us On-line.