Honda Jazz is Most Reliable Small Car in What Car? 2017 Reliability Survey 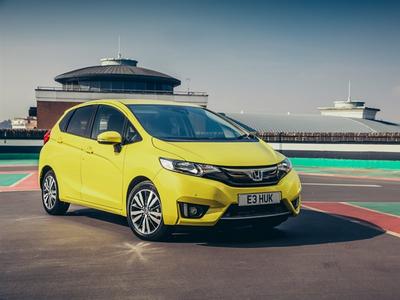 The Honda Jazz has been named Most Reliable Small Car in What Car? magazine’s 2017 Reliability Survey, with the owners of the popular supermini reporting no faults with their car.

The survey - published in the December issue of Britain’s leading consumer automotive magazine - asked owners of 14,208 cars to ask if their cars had suffered any faults in the last 12 months.

These were classified into 14 groups: battery, bodywork, brakes, engine electrics, exhaust, exterior lights, fuel system, gearbox/clutch, interior trim, non-engine electrics, steering, suspension and other. The cost and length of the repair were also used to weight the severity of the fault and create a reliability rating.

Not one Honda Jazz owner who completed the survey reported any faults with their car, giving the little Japanese hatchback a perfect reliability score.

This is a fantastic result for the Jazz and only goes to further demonstrate the build quality that Honda is famed for. To then also further score highly with the Civic hatchback and Tourer simply reaffirms Honda as one of the most trusted and reliable brands.

Honda also scored well across the rest of its range, with customers telling us they're extremely happy with their cars.