Trident in The Sweeney 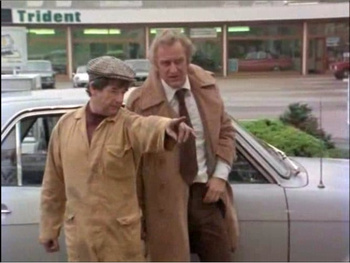 It's not widely know that Trident appeared in The Sweeney, a hugely popular TV show of the 1970's. The Episode was Visiting Fireman, Season 3, Episode 3, at around 25 minutes in, and it was aired at 9.00pm on ITV on Monday, 20 September 1976. Whilst this was the only appearance of Trident, Ottershaw also featured in Nightmare and possibly others.

They drive onto Shell Ottershaw (which Trident used to operate for Shell), and discover a bomb in Jack's Ford Cortina. Regan throws the bomb over the fence. 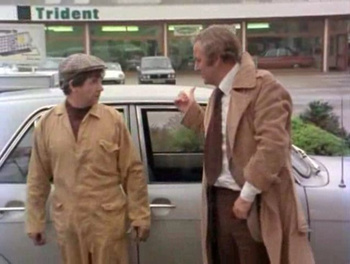 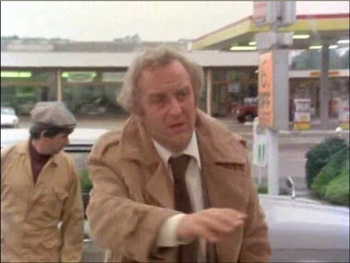