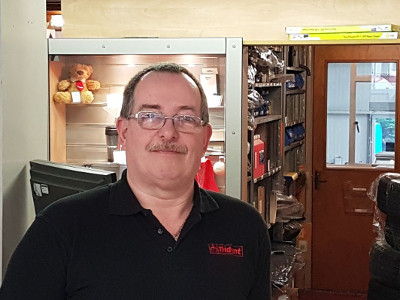 We are delighted to announce that our parts supervisor, Martin Williams, completed his 30th year of service on Wednesday.

Martin joined us in 1989 at the age of 30, recruited to the role of Senior Parts Person, under our parts supervisor Ian Essex. At the time our managing director was still our founder - Michael Roberts, and Trident Honda was an Austin Rover main dealer selling Austin Metro, Maestro, Montego, Rover 200 (based on the Honda Ballade) and the new Rover 800 (based on the Honda Legend). Trident Honda had celebrated its 25th anniversary in the previous year.

My interview was with MR (Michael Roberts) and afterwards he brought me down and introduced me to Ian. Ian and myself were very similar in attitude and outlook and we got on straight from the start.

I remember making sure that I polished my shoes before my first day, trying to create a good impression with MR, the like of which my wife had never seen before (or since, as I believe I still have half that tin of shoe polish left today). I arrived 15 minutes late, having misread the letter, believing that I was 15 minutes early! 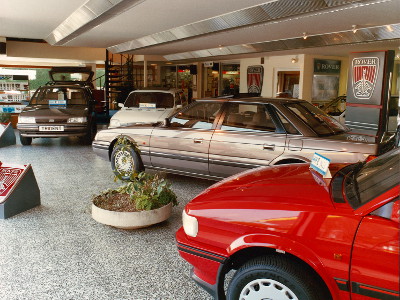 In those days a significant proportion of customers chose to maintain their own cars and, with models like the Austin Maxi, Allegro, Princess and Ambassador having not long been out of production, Martin soon gained an encyclopedic memory for their many and various part numbers. 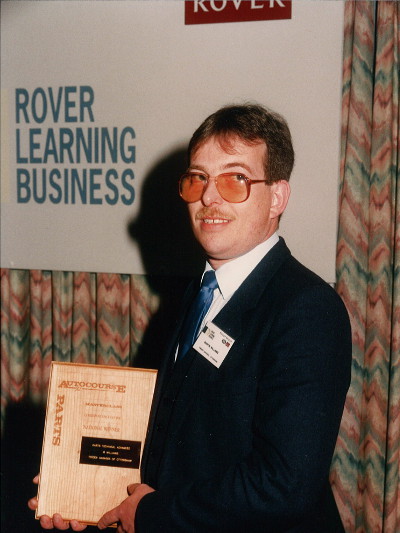 In 1991 Martin was the Master Class winner for the Rover Parts Salesmanship course, winning a holiday in Madrid! But there was no time for him to rest on his laurels, as we were busy installing our new Kerridge Autoline dealer management system. Martin recollects that this felt like we were entering the 20th century at last! But Rover's parts catalogues were still microfiche-based and modem ordering by 2,400 baud rate modem was a recent innovation.

In 1993 Martin was again a finalist for Rover, this time jetting off to Larnaca!

Following the collapse of MG Rover in 2005, we were delighted to be welcomed into the Honda franchise.

The Honda franchise was a major change for our parts team, with the need to learn a whole new franchise, whilst continuing to support our MG Rover customers. Martin and the team were up to the challenge, and continued to provide a first class service on both franchises. Martin was again a finalist, this time for the 2006 Honda Partsman of the Year.

In 2015 Martin helped us move to our new Pinewood Pinnacle dealer management system, and saw our workshop redevelopment and subsequent showroom redevelopment in 2018.

On behalf of all the directors, I would like to thank Martin for his extraordinary dedication to Trident Honda and for all his hard work over the years.