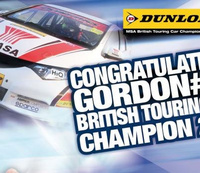 Honda BTCC driver Gordon 'Flash' Shedden was crowned BTCC Driver Champion for 2012 at a rain-soaked Brands hatch yesterday. It was the first championship for a Scottish driver for 17 years and is just reward for a great man who has worked tremendously hard to achieve his dream. Matt Neal, last year's champion and fellow Honda driver came 2nd to seal a dominate victory for Honda Racing in the team trophy.

An excellent weekend of racing for the Honda Yuasa Racing Team saw both Matt and Flash claim victory in all three races. Great driving from the men behind the wheel saw Matt grab his two first place trophies in Race 1 and 3, and Flash claim his in Race 2. It was the team's best set of British Touring Car Championship results in 2012 and puts them in pole position in all three standings tables.

Up next is Croft on 24 June – remember to 'like' the official Honda BTCC Facebook page to keep up with all the action.

The Honda Yuasa Racing team overcame setbacks and appalling conditions to win two races at the third round of the Dunlop MSA British Touring Car Championship at Thruxton.

The NGTC Honda Civics of Gordon Shedden and Matt Neal set the pace throughout free practice, but things went wrong in qualifying. Reigning champion Neal, who had topped the damp-but-drying session early on, crashed out, while Shedden’s pole lap was taken away due to overboosting problems with the turbo. 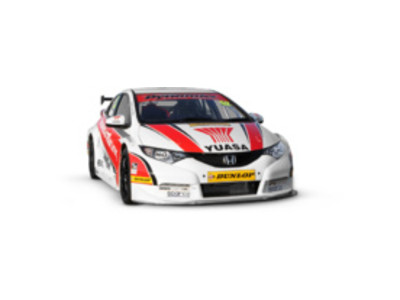 Mixed results at Donington, when championship leader Matt was spun out of the race after the pack was backed up, resulting in contact from Andrew Jordan. Gordon 'Flash' moved up from fourth to second, to defend brilliantly against a hard charging Jason Plato. After some extremely close racing, Plato nudged an angry Flash off the track on the last corner to take a provisional second place, with Flash coming home a hard fought third. 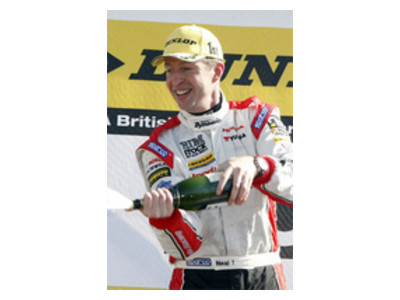 The Honda Yuasa Racing Team kicked off its 2012 Dunlop MSA British Touring Car Championship challenge in fine style with victory for its new Civic at the Brands Hatch season opener on Saturday 1 April.

Reigning champion Matt Neal qualified in second place and was fighting for the lead of race one when a clash between two rivals delayed him and allowed Rob Collard's BMW slip by to win. But Neal went one better in the second event, moving to the front and fighting off a challenge from rival Jason Plato after an intense battle.

Honda Racing Team stars Matt Neal and Gordon Shedden have closed in on the lead of the 2010 Dunlop MSA British Touring Car Championship by taking a win apiece at Donington Park on Sunday. Honda has won the BTCC manufacturers' championship, beating rival Chevrolet. 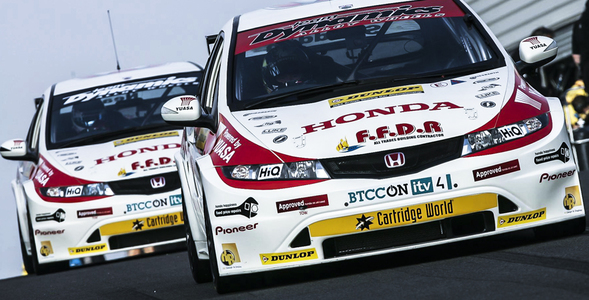 Both Honda Racing Team aces Matt Neal and Gordon Shedden are predicting a no holds barred scrap for points in the 2010 Dunlop MSA British Touring Car Championship when the action moves to Donington Park this weekend. Neal and Shedden are in the thick of the hunt for this season's spoils and know that Sunday's three races in Leicestershire will be crucial to the title run-in.

Neal is currently second in the standings and he says that he will be absolutely flat out around the sweeps of the historic track. Neal says:

Continue Reading
Getting Back into the Title Fight

Honda Racing team star Matt Neal has thrust himself right back into the title fight for this season's Dunlop MSA British Touring Car Championship after a win and a third place finish at Knockhill in Scotland on Sunday.

Neal has moved into second place in the standings after the rounds in Fife and is optimistic of reaching the title summit in the remaining six rounds of this season's competition, which continues at Donington Park on 18th and 19th September. Neal carried a full load of success ballast to notch a fourth place finish in race one. He then took his fourth victory of the year in race two before he battled to third place in the final event of the weekend. It meant he outscored all his rivals over the three events and has edged closer to the top of the chase for the coveted crown.